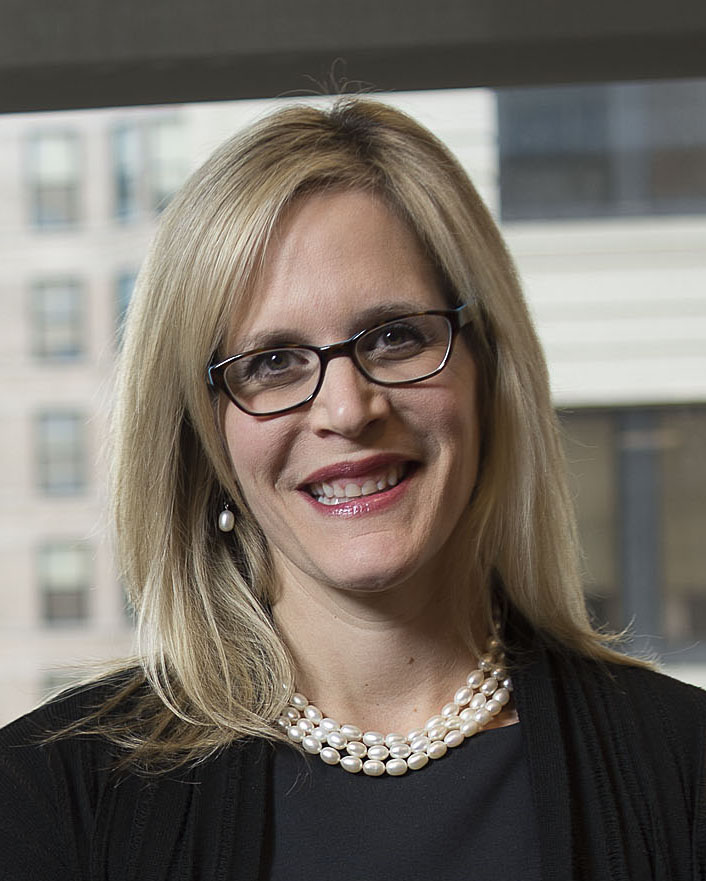 (Baltimore, Md) – The board of directors of the Joseph and Harvey Meyerhoff Family Charitable Funds (the Funds), one of the most well-known family foundations in Baltimore as well as nationally and internationally, announced today that Elizabeth R. “Buffy” Minkin has been named President.  Minkin, a fourth generation Meyerhoff family member, has played an integral role in developing and guiding the Funds’ impact through significant and strategic contributions that improve the quality of life in Baltimore.

“Philanthropy is at the core of Buffy’s DNA.  She understands the vision that was established by her great-grandparents and grandparents and has been successful in merging that vision with the needs of the community here in Baltimore,” said Joseph Meyerhoff, II, chairman of the board of the Funds.

Minkin joined the Funds in 2003 and served for the next five years as special projects director with responsibility for overseeing several family writing projects, collaborative roundtables and implementing adjustments to its grant making process.  In 2008, Minkin returned to the private sector as a commercial real estate broker and then rejoined the Funds in 2011 as vice president of Baltimore and Domestic Initiatives.  Since that time, Minkin has served as one of a three-member management team overseeing the Funds’ grant making, strategy and next generation work.

In her new role, Minkin will be responsible for the day-to-day operations of the Funds in concert with its board of directors.  More specifically, she will provide oversight of its governance and charitable functions and will direct management, community relations and grant making to ensure that the Funds remains at the leading edge of local, national and international philanthropy.  Minkin will be responsible for overseeing all initiatives locally and nationally along with an extensive portfolio of programs and capital projects in Israel.

“Buffy has played a pivotal role in convening and collaborating with stakeholders in neighborhoods in Northeast and Southeast Baltimore City to strengthen their communities,” said Thomas E. Wilcox, president and CEO of the Baltimore Community Foundation.  “Under her leadership, the Funds’ cutting-edge work convening community development corporations, main street organizations, cultural institutions, school leaders, libraries, youth development organizations, park-related organizations and other funders, has helped to stabilize and sustain these middle class neighborhoods. It is a privilege to work with Buffy, and we are thrilled to know about her new responsibilities.”

Minkin is active in both the Jewish and secular Baltimore communities, and has held leadership roles in a variety of organizations such as Jewish Community Services, Roland Park Country School, Healthy Neighborhoods, Middle Grades Partnership and Hillel at the University of Maryland.  She has received several awards for her leadership in the Baltimore Jewish community including the Julius Rosenberg and Zelda Miller awards.

The Funds was established in 1952 by Joseph and Rebecca Meyerhoff and their son and daughter-in-law, Bud and Lyn Meyerhoff, to improve the quality of life in the Baltimore community and in Jewish communities worldwide.  In Baltimore, the Funds works closely with organizations and agencies that invest in cultural and educational assets across the city and in the neighborhoods of Patterson Park, Hamilton-Lauraville and Belair-Edison to help those communities remain vibrant and viable for the families who live there.

In Israel, the Funds concentrates on community development by engaging the next generation of civic leadership, supporting programs and building or renovating facilities such as daycare centers, libraries, youth villages, sports halls and community centers. The Funds focuses on improving the quality of life in cities such as Beer Sheva, Haifa, Jerusalem and Tel Aviv.

Beyond grant making, the Funds supports non-profits by encouraging collaborations and exploration of larger issues through roundtable discussions that allow for confidential, free and open discussion among organizations, communities and leaders.

More information about the Joseph and Harvey Meyerhoff Family Charitable Funds can be found at www.meyerhoffcharitablefunds.org.